×
Go to content
Douai Abbey: The Monastery of St Edmund, King & Martyr
Published by HSK in News · 13 November 2018
» On Saturday 10 November, the eve of Remembrance Sunday, the new cricket pavilion in Douai Park hosted the inaugural Basil Gwydir Lecture. The lecture honours the memory of the Douai monk, Fr Basil Gwydir (1867-1914), who was both the first Dowegian and the first Allied chaplain to fall in World War One. The lecture was given by an old Dowegian, Colonel Bruce Duncan MBE, who spoke of his own military experience.
» Also on Saturday, the monastery received some new residents. Or rather, the abbey church did. Replacing the previous rather undistinguished (though very serviceable) sanctuary furnishings, a set of choir stalls, sedilia and ancillary furnishings designed by George Pace were delivered from their previous home at Ely Cathedral, where they adorned the area under the Octagon. Solid oak, they reflect George Pace's unqiue blend of modernism-meets-Gothic. The abbey church administrator is pleased to be hearing positive feedback from both monks and our Sunday congregation. 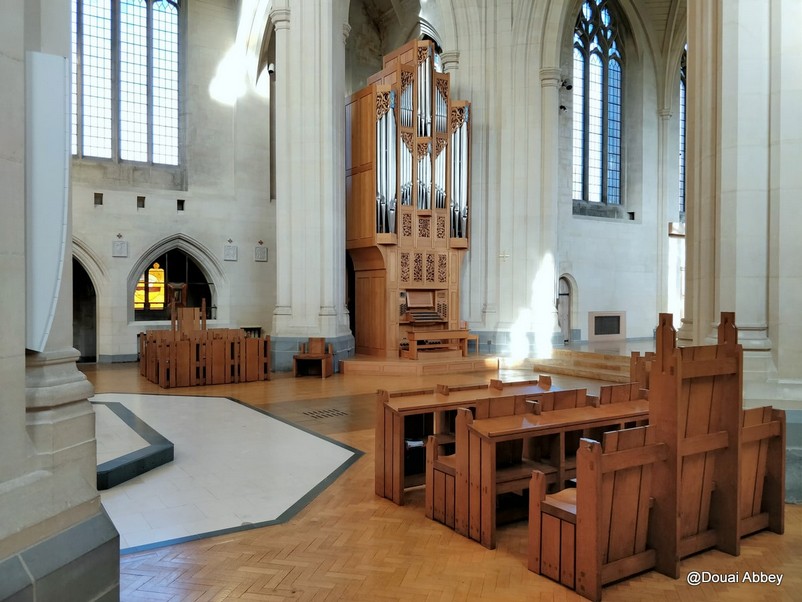 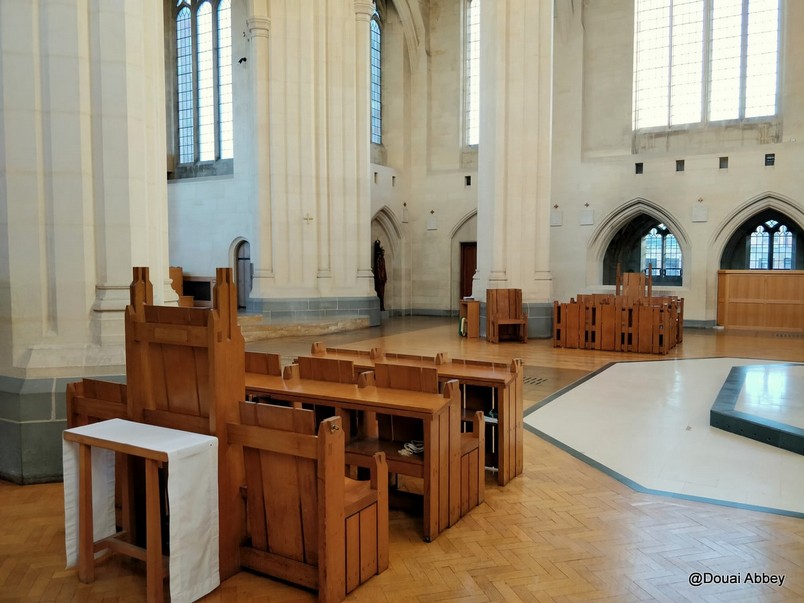 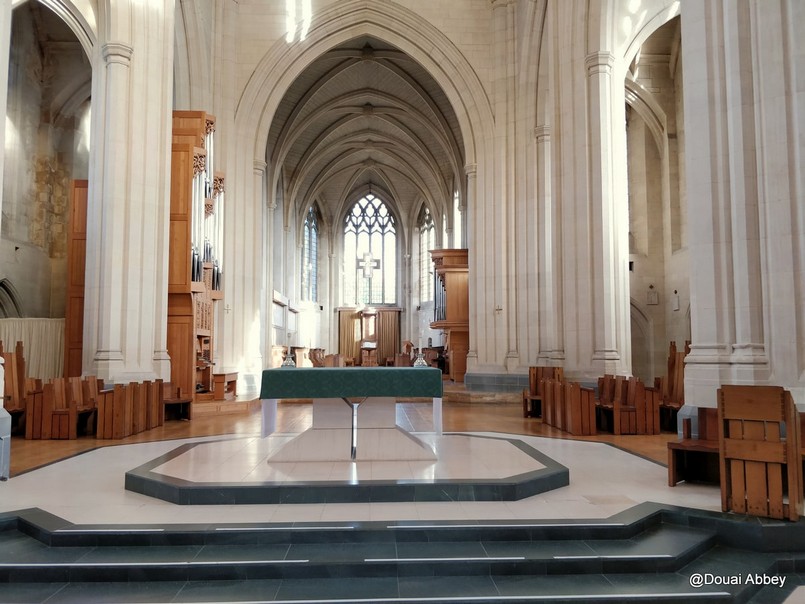 » Yesterday, the community welcomed 8 sisters from the convent at Cold Ash for an informal lunch, returing the hospitality shown us by them some months back. It was a very happy occasion, and we hope it offered the older sisters a break from their routine at the convent.