×
Go to content
Douai Abbey: The Monastery of St Edmund, King & Martyr
Published by HSK in News · 21 October 2019
» On 14 October Fr Peter delivered a paper on human development to the resident community. Our Monday community meetings are often devoted to ongoing formation. The same day Fr Abbot visited Fr Louis in his nursing home near Newbury and while there celebrated Mass for him. Despite his frailty Fr Louis has been in good spirits of late.
» The next day Fr Gregory Maddison made his temporary profession of vows for three years. Joining him on the day were his sister Anne, his niece and some close friends. 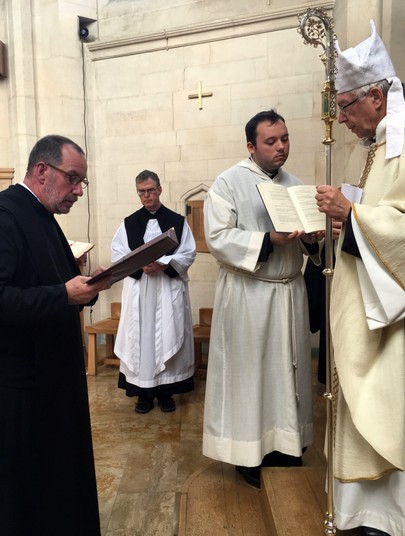 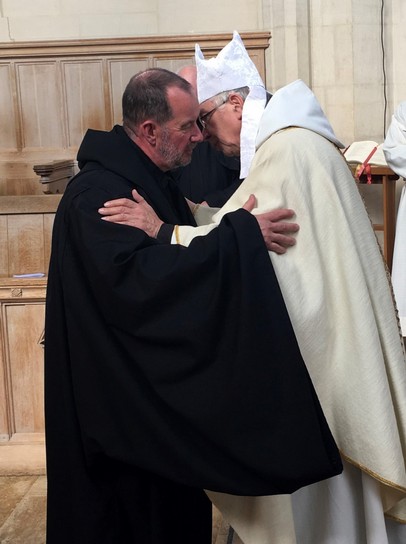 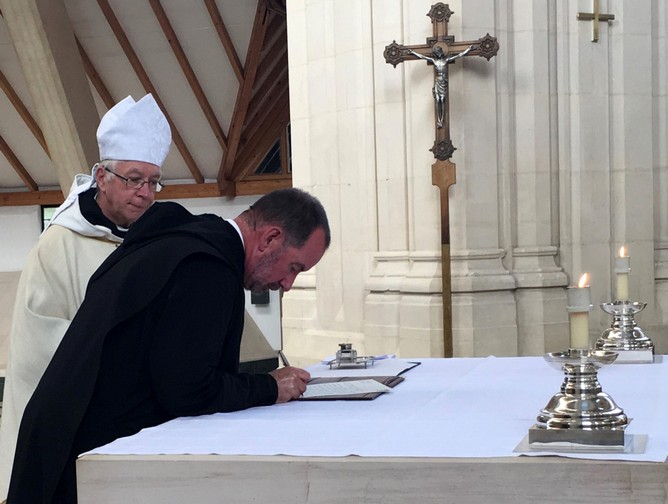 » On 17 October Frs Abbot and Peter and Br Simon journeyed north for a meeting of the Douai Abbey Parishes Trust at St Anne’s, Ormskirk. They were joined for supper and lunch by Fr Hugh and Br Aelred, a young monk from a French monastery having a period of rest and study at St Elizabeth’s, Scarisbrick. On his way back to Douai, Fr Abbot collected a first consignment of manuscripts and rare books from Colwich Abbey near Stafford, for depositing at Douai. He also collected the nuns’ archivist, Dame Benedict Rowell.