×
Go to content
Douai Abbey: The Monastery of St Edmund, King & Martyr
Published by HSK in News · 8 October 2018
» On Wednesday 3 October Fr Paul Maddison, a priest of East Anglia diocese, was clothed as a novice for Douai by Abbot Geoffrey. The abbot has given the monastic name Gregory, taking as patron St Gregory the Great. Br Gregory first came to Douai when Abbot Gregory was in charge, and the name is a nod to the invitation first extended to him by Abbot Gregory. In a break from recent tradition, the clothing took place after Vespers rather than Compline, Month days are immoveable feasts. For Br Gregory we pray, Ad multos annos! 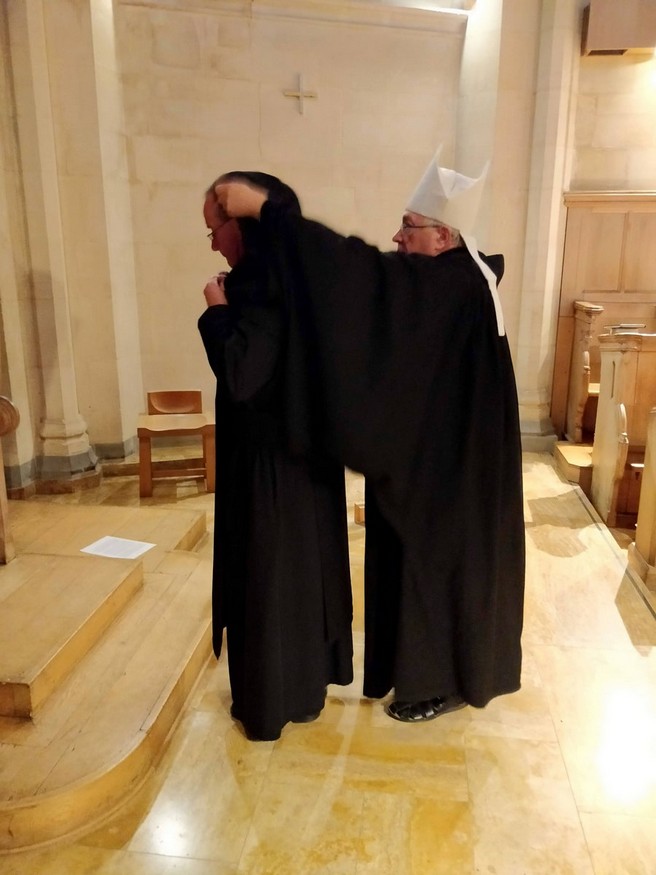 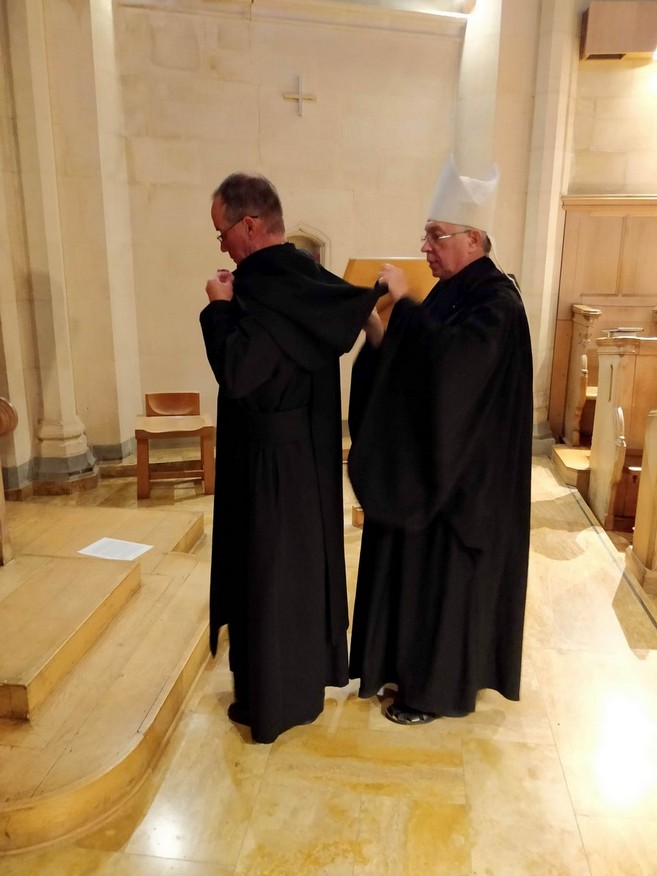 » Today work began on shoring up the grass bank between the monastery grounds and the lane onto which our main gates front. This has been eroded over recent years by lorries using it as a passing place. This has caused a significant run off of soil in periods of wet weather, which has clogged the drain on the roadway. The work is being done by our own staff - Nick, Martin, Brent and Greg - and when they have finished the council will clear the drain. While they have the digger they will also dig a French drain for St Mary's church. 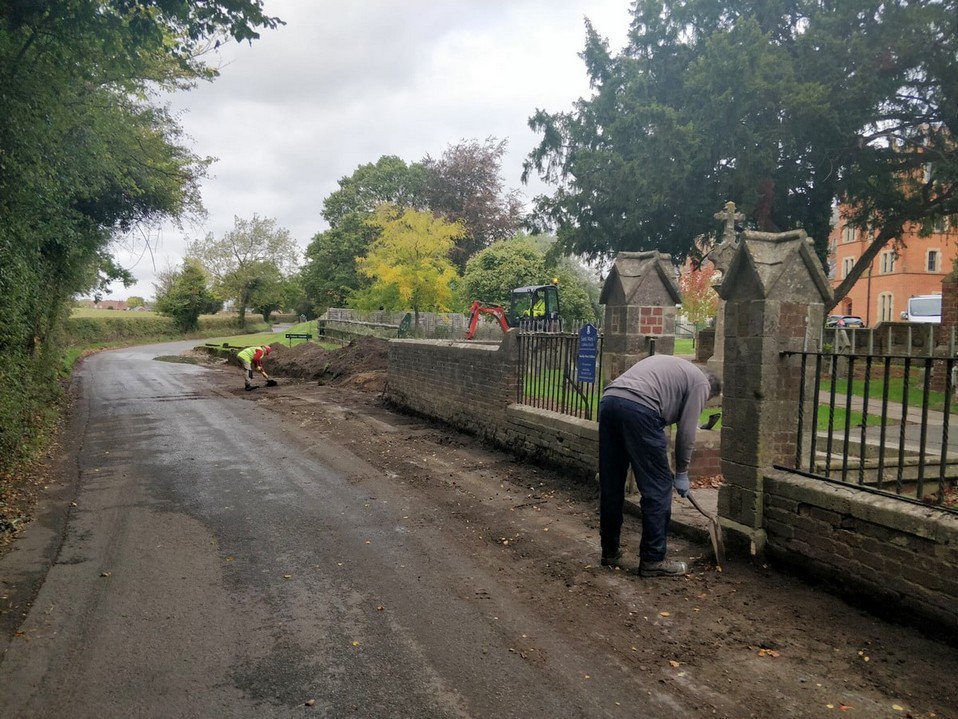 » Tonight Fr Abbot is at Bl Hugh Faringdon school in Reading to celebrate Mass for the new pupils at the school.