» This morning Fr Abbot left for Douai in France to attend the Annual General Meeting of the Association William Allen, a body which keeps alive the memory of the English Catholic presence in the town.
» Also this morning a pilgrimage group from St Charles' Seminary in Perth, Western Australia, left after spending a few days at the monastery. The 10-strong group was led by the seminary's rector, Mgr Kevin Long, and included five seminarians and some lady supporters of the seminary. To round off their stay the community held a soirée with the pilgrims last night. Having previously been in Prague and Poland, they are now continuing to London, Walsingham and York. Fr Hugh led the seminary's annual retreat in 2014. 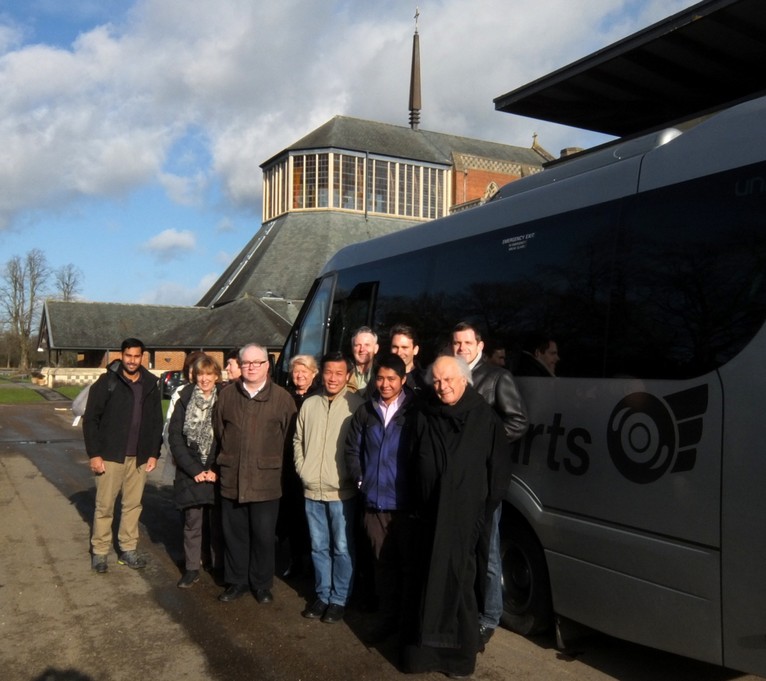 » This afternoon a group of Austrian monks and canons, currently staying at Farnborough Abbey, visited Douai. The group was led by the Abbot of Altenberg and included brethren from such notable houses as Kosterneuberg and Gottweig. After a tour they were given tea in the calefactory with some of the community.
» Br Christopher is currently away on holidays. Keeping the numbers up, Fr Paul is visiting us a few days from Rome, before the new semester at Sant'Anselmo begins in earnest.